Ever since the pandemic, remote working has become our lives. And where on one side it has improved productivity, it has also transformed organizational culture in three major ways.

The state of work and environment heavily influences corporate culture and this article raises questions on how the pandemic has altered (in varying degrees) every organization’s culture in the last 18 months.

Scholars O’Reilly and Chatman define organizational culture as, “a set of norms and values that are widely shared and strongly held throughout the organization.” An organization’s culture emerges from what its employees believe is right, how they think, and what they say and do.

In this article, we’ll discuss only three causative factors for the inadvertent culture changes that organizations worldwide are experiencing. There are many more that we will bring to the fore in future articles.

A large impact of the mass exodus to remote working has been the changed role of the Manager or Team Leader. A people manager’s role was to maximize the performance of their team by employing leadership, empathy, and resourcefulness to raise belief, motivation, performance quality, and customer-centricity.

While tracking KRAs and KPIs was only one part of their charter, over the last 18 months, many have wound up just doing that. The lack of informal interaction and physical separation has challenged their ability to truly engage with their teams. Leaving them forced to engage in conversations that can transcend the digital barriers – numbers, metrics, analysis, and measurement.

The corporate culture is rapidly losing human connection and empathy resulting in a lack of trust and fracturing relationships between managers and their people.

Annually, organizations spend millions of dollars towards reinforcing their culture and propagating their values. Values encourage behaviors that manifest themselves as the organizational culture.

“An organization’s culture emerges from what its employees believe is right, how they think, and what they say and do.”

Over the last 18 months, most organizations have had to focus a lot more on putting out strategic, tactical, and operational fires, and unfortunately, propagating and reinforcing values has had to take a back seat. In this period, people had to develop their own methods of functioning. And established unwritten rules of how they collaborate with their teams, interact with their managers, and get work done. The results aren’t bad – data has shown that people have been more productive during the last 18 months. But the result of these many micro-cultures forming has been a deviation from the established organizational culture of a year back.

Consider the thousands of employees hired in the last 18 months. They didn’t get to ‘see’ what others in the organization ‘do’ and how they do it. And so have been unable to understand how to behave in this new organization. They do know what they did in their last organization and that is what they end up doing. Imagine, thousands of people from hundreds of organizations bringing hundreds of different cultures into a remote working environment. Organizations have a tough task ahead of them recreating their organization’s pre-pandemic culture!

Arguably, the biggest impact on corporate culture has been the forced formality of all interactions. Think about it. When was the last time you picked up the phone and called your teammates or boss to solve a problem?

Our guess is that 9 times out of 10, you sent an email or a text checking on their availability for a discussion. Then they responded to you after checking their calendar and came up with a couple of options. But it took them a couple of hours to get back to you since they were already on a call. Meanwhile, you got frustrated waiting for them for an hour without a response. The frustration soon turned into anger that they don’t take you seriously. Which made you just go ahead and solve that problem to the best of your ability, unsatisfied with your solution.

You blame them for the poor outcome!

In just a couple of hours, frustration, anger, and resentment replaced collaboration, camaraderie, and working towards the common good. The problem is, this experience is neither singular nor restricted to a particular relationship. It happens all the time with boss-subordinate relationships, within teams and team leads, and unfortunately, with family too.

The last 18 months have eroded organizational culture enormously due to the forced formality of communication thrust on us. Unless we immediately work towards recreating easy, informal communication, one that is natural to all of us, the world of work is going to be a far uglier place than before the pandemic began.

In future posts, we will cover how the relationship between manager and team has eroded since the pandemic began. And what managers can do to bring about a welcome and immediate change to their relationship with their remote teams.

In addition to the major challenges mentioned, there are other ways in which your organizational culture might have changed, posing new problems such as:

If you have experienced the same and want help solving them, connect with us by writing to [email protected]. We would love to hear from you! 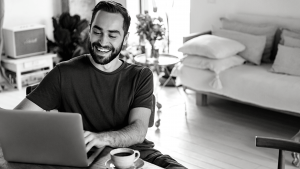 Why a Cultural Reset Is Essential for Remote Working

With the pandemic forcing all of us to shift to the world of remote working, organizations need to consider more than technology to help facilitate this transition. This is where organizational culture can go a long way in helping employees excel even in the virtual setting. 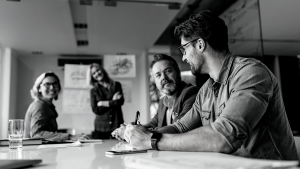 With the HR function facing responsibilities ranging from business to people, what should be their big impact area in 2021 and going forward? We have identified 4 focus areas amongst which the People function and chief officers can prioritize. 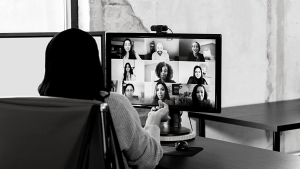 Covid-19 overnight changed a lot of processes and functions, especially within HR. So, it would seem that employee orientation would also take a hit. But a series of interviews that we undertook with people who recently changed organizations proved otherwise!

If what you read will be helpful to others, sharing it is easy:

Great ideas in your inbox 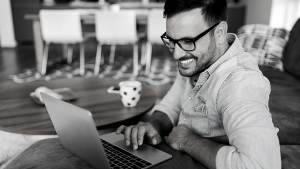 Why You Need to Reassess Your Employee Experience Today

Remote working has brought with it various disruptions in how employees relate and engage with each other and the organization itself. To help combat work-life balance issues and a variety of stressors, it’s crucial that organizations introduce new and unique employee experiences in the virtual landscape that are relevant, purposeful, and impactful for employees. 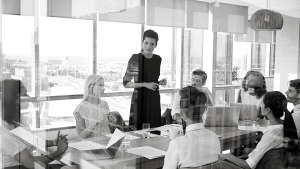 Look Within to Make Your Employer Brand Stand Out

To make your employer brand stand out, there are three key focus points: looking within, getting the right word out to the right people through the right channels, and transforming employees into advocates. 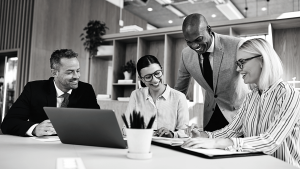 Are your Inclusion and Diversity efforts appearing superficial?

Almost every organization today organizes inclusion and diversity programs. But the question is, how many of those programs and efforts are actually contributing towards building and fostering a positive work environment?
To make an actual impact, I&D efforts need to be planned regularly, should address causes head on, and should always communicate the ‘whys’ and the purpose behind the initiatives.